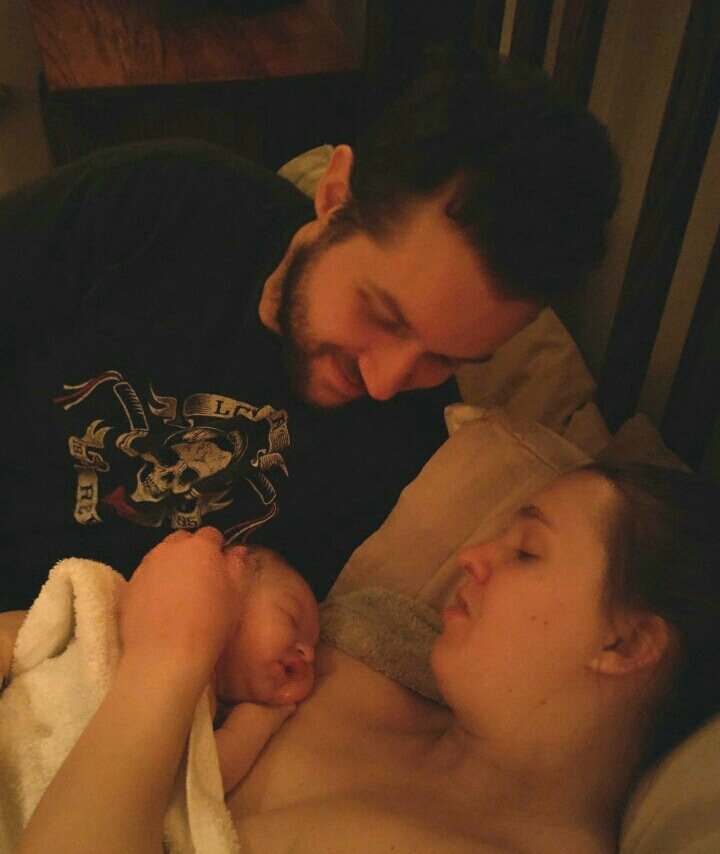 Our baby was a complete surprise; sort of. We had been preparing for the eventual arrival of a baby, and so when the third pregnancy test was finally conclusive, we were happy, but scared. We didn’t know how to be parents, and despite how many nieces and nephews we had, I didn’t understand pregnancy nearly as well as I thought I did.
Through nine months of prenatal visits, and an in-depth birth class, the midwives had prepared us for everything that could possibly happen; I was super ready to push this baby out. But the week arrived, and nothing happened. As the days passed and we started going to the birth center every few days, everyone told us, ‘just be patient, first babies are always late, enjoy these last days of just the two of you,’ but let’s be honest, it’s a bit hard to be patient when you’ve already been waiting forty weeks for the big day, and it has come and been long gone.

Finally, just before the weekend, Madi informed us that if I didn’t go into labor by two weeks after the due date, Wednesday, I would have to go to the hospital to be induced. NOT a part of our plan.

So, I called Valley Medical to set up an appointment with them for Monday, to meet and greet, just in case I needed to be induced. However, I fully intended to be in active labor by then, which I politely told the receptionist on the phone.

For the rest of that day, and the three that followed, I did everything on the labor inducing check list. We ate so much spicy Indian food even the waiter at Saffron knew how far past our due date I was! When we went to the frisbee golf course, I was jumping off logs. I did five hundred squats one day and had to lie on the floor panting for five minutes, and then I did jumping jacks. Yoga ball, check. Nipple stimulation, check. Gallons of red raspberry leaf, and who knows how much labor tincture.

Finally, Sunday night, I felt a bit of crampy-ness. At first I wasn’t sure, I didn’t want to get my hopes up and jinx it, but ten minutes later it happened again and I was certain enough to say something to my husband. I was excited! Finally, after nearly two weeks I was finally going to have the baby, I felt certain we’d be waking up to go to the birth center that night. So, as I got ready for bed, grinning widely through each mildly painful contraction, I made sure everything was packed and ready, I even laid a towel on the bed in case my water broke in the night.

My enthusiasm quickly dissipated as the night went on, however. My contractions, which had started about ten minutes apart, stayed about ten minutes apart, waking us up frequently. Of course, I managed to sleep through many at first, but each time I woke up to pee my husband would time a few contractions and we would find they were holding between seven and ten minutes. There would be no baby that night. As Monday progressed, I lost the excitement I had had the night before and became more frustrated. Labor hurt, and I had hardly slept the night before. I couldn’t walk up the stairs to use the bathroom without having to stop and breathe through a contraction.

Concerned that I was struggling to sleep more than ten minutes at a time, Chelsea recommended we take some light sleep aids, and both me and my husband were able to catch a few hours of sleep. My husband had been unable to sleep through the increasing volume of my moaning, and had been dutifully holding my hand or rubbing my back through nearly every contraction.

Tuesday rolled around, and I was treading water at around seven minutes apart. We went in to the birth center for our appointment and Chelsea decided we should go home, take a nap, pack a bag, and come back for the night. At least we were headed in the right direction; to the place we wanted the baby to be born.

We got to the birth center and settled in, and even though I was still exhausted and in pain, I felt more relaxed. I think I was about 4cm dilated by that point, and I was reassured that things were indeed progressing.

Here’s the thing about being in labor for forty-two hours, putting things in your mouth and swallowing them sounds very unappealing, especially when you’ve already thrown up, and been told you likely will again. I was dehydrated and hungry. I poked at some of the food I had brought and, at Jess’s insistence, I took a sip of coconut water after each contraction, but that wasn’t nearly enough. So, I got an IV and got into the tub.

Johanna was right, during labor, no matter how modest you normally are, you really just don’t care anymore, especially when your t-shirt is soggy from the tub and making you cold. Oh well.

For the next eight hours, I climbed in and out of the tub and wandered around the room, laboring everywhere from the couch to the toilet while my husband hit play on one Tom Hanks comedy after another. Yes, the toilet seems like an icky place to labor, and initially a bit challenging for someone below 5’5, but with books stacked under my feet and a pillow to rest on, it truly was the best place to let the body do what it naturally wants to; push and release.

Chelsea and Jess gave us our space, but checked in frequently to listen to the baby and see how I was doing, and they were right there if we needed them. They came to keep me company while my husband made himself a cup of extra strength, well-deserved, coffee.
Of course, I didn’t know it had been eight hours, no one would tell me what time it was and I didn’t ask; the time seemed like it was crawling and I felt certain it had only been a few hours at most. Sometime near midnight I think, but could be wrong, after being in labor nearly fifty hours since Sunday night, my water finally broke, on the toilet thankfully.

I got back in the tub and Chelsea checked to see how far things had progressed, and she told me it was go time, I was fully dilated! I finally felt ok asking what time it was and was informed it was just after midnight, I was going to have a February 8th baby after all, exactly two weeks past my due date.

Those first pushes to get baby’s head out were the worst, and I felt certain I was going to need stitches, but it came out quickly. Then we waited for the next contraction to bring baby out, and we waited and waited…Finally Chelsea told me to just start pushing. Without a contraction, it felt weird but I complied and about halfway through my pushing a contraction kicked in to help out. Out slid a bunch of arms and legs; weirdest, and best, feeling ever!

Chelsea caught our baby and handed it straight to me, and I finally got to see the little face I had been trying to picture for nine months. We got to hang out in the tub a while longer, my husband took a picture, and then we climbed out and made our way to the bed to snuggle and wait for the placenta.

After half a year of learning to walk with a large heavy belly, stepping out of the tub with the baby on the outside made me feel strangely hollow and wobbly. I settled in with my baby and my husband, and it was probably about ten minutes or so after pushing the baby out that Jess asked if anyone had actually checked our baby’s gender; you see for the past seven months we had been expecting a girl. We had a ton of pink clothes, a pink baby carrier, but thankfully not a flowery car seat.

After lifting the towel and our baby’s leg, Jess smiled and told my husband ‘you should have a look at this’. Lo and behold, our baby girl, the one we had named and planned on for over half a year, was a little boy.

Now some people might have expected some disappointment from us at this point, or at the very least a reaction of some sort, but the fact was I was so exhausted and happy I think I had very little of a reaction at all.

So, we were expecting a girl and got a boy, that’s cause for joy and laughter, not disappointment. So, I won’t be bringing my baby home in a ‘Daddy’s Princess’ onesie, I’m sure that outfit will take it personally.

We had a healthy baby and that was all we had wanted, and some surprises were just icing on the cake. Sure, labor didn’t go the way I expected or wanted, but the midwives made certain labor wasn’t something I was frightened of or in any way ignorant of. Looking back, after only eight weeks, I’m not dreading having the next one, in fact I’m looking forward to it, so much so I think it is freaking my husband out a bit.
​
The Birth Center is a welcoming, safe environment that feels more like your own home than a clinic, and I can’t wait to go back.
​
From,
One happy mommy. 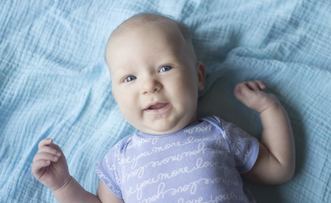