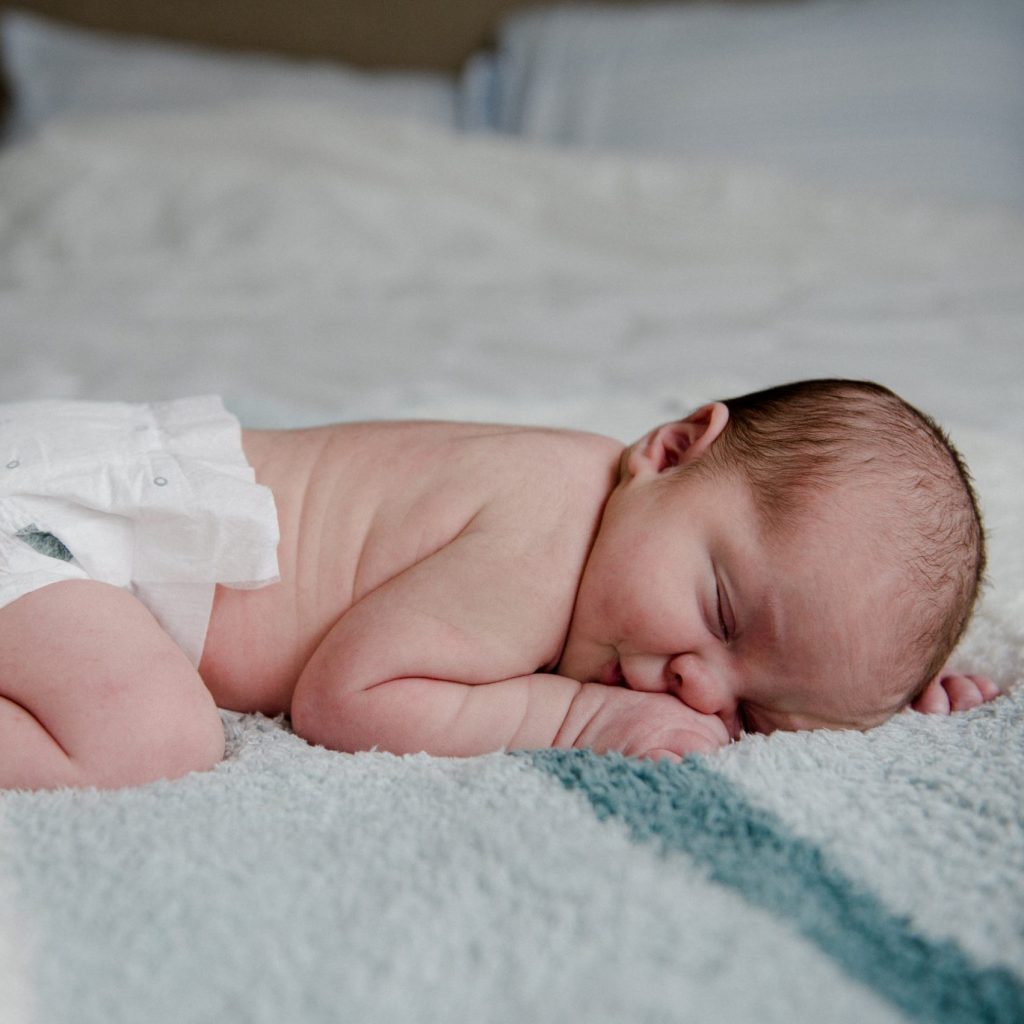 As I went through my second pregnancy, I approached my imminent labor with much anticipation. While I tried my best to keep in mind that all labors are different, I was happy to have some knowledge of what to expect and most of all, what I’d like to do differently. My first baby, Nell, was born at 39w4d, after an exhausting and beautiful 57.5 hours. Because of that experience, I planned to have my sister (also my doula) arrive one week before my estimated due date, thinking it’d be unlikely I’d make it to June 15th. Once she arrived on June 8th, we hit the ground walking! While I continued to work part time, we also did a lot of cleaning, prepping, cooking, and lots and lots of walking! We were surprised, and somewhat disappointed, to see my due date come and go. My first labor had an extremely long early phase, about 50 hours long with little sleep and contractions every typically every 10 minutes, likely due to her being malpositioned and not really engaging with my contractions. Since I wanted to do EVERYTHING I could to avoid that again, I was constantly doing Spinning Babies, using my yoga ball, and even rebozo sifting. On a couple of our many walks, I would get some light contractions but they would disappear after a few sets.

Finally, around 5pm on June 17th, I started having much more intense contractions that seemed to come and go for about an hour. While I was feeling quite excited, I mostly kept it to myself while making dinner and getting my daughter ready for bed. Much to my dismay, they eventually resolved with the busyness of an evening with a toddler. The following day, we continued with all the tricks to try to get labor going and help baby be in a good engaging position, including another long walk. The evening continued ordinarily, dinner and bedtime for my daughter followed by bouncing on my birth ball. Around 8:30pm I started feeling those intense contractions again. This time I was even more excited hoping that things could progress since my toddler was already in bed, but at the same time convincing myself I was probably experiencing prodormal labor. Closer to 9pm, with contractions still coming somewhat frequently, my husband and I decided to take a walk. It was a beautiful warm summer evening, with a good amount of sunlight lingering at 9pm. After a half mile walk, I took advantage of a nearby pull off at Homestead Park to curb walk. After switching directions a few times, I felt an increasing pressure and knew that my baby was lower in my pelvis. As we walked back home, I continued curb walking to help keep her engaged and really started to feel some productive pressure. We made it back home around 10pm and decided to try and get some rest. While I felt like this could definitely be early labor, the thought of prodormal labor still lingered in the back of my mind and I convinced myself that the contractions would soon dissipate like they did the night before. I climbed into bed around 10:30 with my husband, Caleb, and I was soon greeted with the familiar sound of his snores. I was hoping I’d be able to get some sleep because the contractions with my last pregnancy were so painful laying down that I was constantly standing up through them. Instead of spacing out like I anticipated, they continued to come at regular intervals, around 6-7 minutes apart for the next hour. Soon it was 11:30 and as the contractions grew in intensity, I knew I wasn’t going to be able to sleep. I crept out of bed, wanting to let my husband sleep as much as he could, and continued laboring in our bathroom. I was slow to progress with my first, so with that in mind I switched up my laboring position every few contractions. I knew I wanted to try all the best positions I had researched this time around so I rotated through sitting backwards and forwards on the toilet, hands and knees with my knees closer together and ankles farther apart to widen my pelvic opening, and forward leaning on the bathroom counter. After what seemed like only a couple contractions, I suddenly and innately started groaning through contractions as the intensity and frequency grew. Coming into this labor with my last experience, I figured I had a long road ahead of me, so I was extra thankful when my sister popped in around 1am and said she thinks this is the real deal. She could hear me from downstairs and knew I had likely moved into active labor. After being encouraged to call the on call midwife, I reached out to find a familiar and comforting voice. Ali, one of my midwives and co-worker of over 2 years, picked up the line. After explaining and downplaying my contractions, she offered to either meet me at the birth center in an hour or have me call back in an hour to check in. While we continued chatting on the phone, she recognized the intensity of the contractions and suggested we instead meet in an hour at the center. We quickly called our closest friends to come watch Nell while we loaded our bags in the car. During this time, my contractions were so difficult that I became really nervous and worried that I couldn’t handle it this time through. I had a 2 year old to think about and I was exhausted and if my labor was going to continue with this intensity for the next 8+ hours (assuming based on my last experience), I thought there was no way I could handle it. At one point I was leaning over the edge of my bed telling my sister that I didn’t think I had hours of this in me, to which she responded “Shandra, I don’t think you have hours of this to go”. While I had so many doubts in my mind at this time, I shifted my focus to the more immediate concerns like getting down the stairs, getting in the car, and getting to the center.

We arrived at 2:15am and were greeted by Ali and Joelle. After pausing several times in the hallway to brace myself against the wall with contractions, I finally made my way to a room that I hold so dear to my heart. The room my first baby, Nell, was born. At this point, I was having contractions every 2-3 minutes. Since I was GBS+ the midwives suggested a cervical exam to get a better idea of where I was and when to start the antibiotics. As I got as comfortable as I could, I remember desperately hoping I was at least 3cm dilated for all the work my body had been doing but trying to be realistic since I had only been in labor (including early labor) 6 hours at this point. I had dilated at a slower rate with my first labor, so I did my best to limit my disappointment. To my shock, Joelle announced I was 7-7.5cm dilated! I couldn’t believe it and was ecstatic to hear that my contractions and labor positions were really working. I wasn’t a huge fan of the tub in my first labor, but was interested in a water birth, so around 3am I climbed into the tub to see if I could find some relief with my contractions. Just like at home, I continued to be mindful of changing positions every couple of contractions to encourage a good position for my baby and help her continue to engage with each contraction. I remember at one point a midwife reminded me that I could leave the tub whenever and if I wanted to. I was so in the zone and so uncomfortable that the thought of climbing out of the tub felt like climbing Mount Everest and I knew I was there to stay. While I was feeling pretty depleted and exhausted, my husband and sister continued to provide me emotional and physical support. After nearly an hour in the tub, they warmed back up the water, and I was beginning to feel a strong urge to push at the peak of each contraction. Putting too much thought into my first labor again, I actually tried holding off on listening to my body and pushing. With my first, I felt the urge to push much too early on when she wasn’t fully engaged and had to resist the urge so I didn’t exhaust myself too early on. After a few more really intense contractions, Ali asked me if my contractions were feeling different and if I wanted to push. She could tell by the sound that I was working through the peak much differently, and after telling her I was feeling the urge to push, she encouraged me to do so. Again, I was shocked that I was already at this point since I was basing so much of this experience off my last labor. However, similar to my last labor, my water had not broken and after a couple more contractions, around 4:10am I had a bulging bag of waters (amniotic sac). I started to push at 4:20am and by 4:40am my water broke on its own. With my next contraction, I could feel my baby’s head emerging and I remember saying in between contractions “oh that feels bad”. With my next big push, my baby’s head was crowning and Joelle informed us that she had a nuchal cord (cord around her neck). I immediately had another urge to push within seconds and quickly she was out past her shoulders. Once Joelle was able to remove the nuchal cord, my husband was able to reach into the tub and deliver the rest of the way up to my chest at 4:45am. I instantly let out a huge sigh of relief followed by streams of happy tears. I couldn’t believe she was finally here! I leaned back with her on my chest looking at her beautiful face with her big open eyes while I continued to laugh and cry at the same time.

After about 5 minutes of holding my sweet baby in the tub, we made the transition to the bed where we continued our skin to skin for the next hour including our first breastfeeding 30 minutes after she was born. Since this labor was much faster than the last, I didn’t have time to eat since dinner, so I was made the best cinnamon rolls and scrambled eggs while we rested and enjoyed our first few hours together. My husband left the center around 6:15 to check on our daughter at home who typically wakes up at 6:30am. It was perfect timing as she was just waking up and my husband was able to feed her breakfast and bring her back to the birth center (along with our close friends) to meet her baby sister, Isla. It went about as well as you would expect a 2.5 year old to respond, with not a lot of interest and her more curious about the cinnamon rolls, but it will always be a core memory for me. We were discharged by 9am and I was so happy to head home as our fresh family of four! Looking back, I am surprised but so happy that the whole of this labor was just under 9 hours (including early labor) and felt so quick in the end. I am forever grateful for the midwives at the Juneau Family Birth Center who really feel like a second family and I trusted wholeheartedly with both my pregnancies.