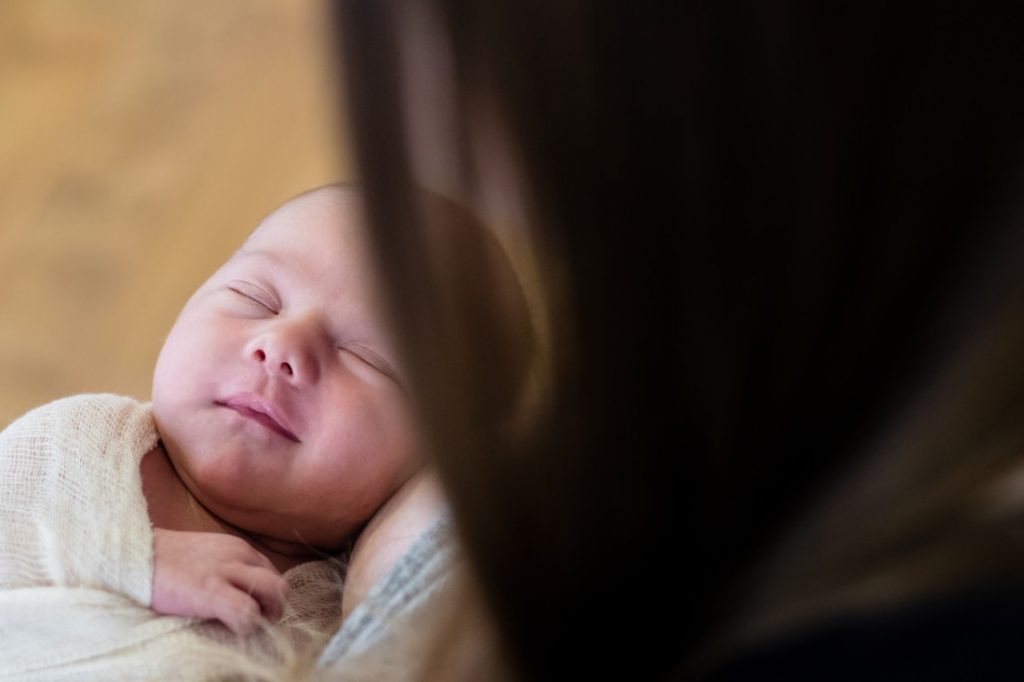 It was a beautiful sunny Tuesday, one of the first sunny days of the year where you could actually feel the lights warmth. My due date was 6 days away, and I knew that as a first time mom I was likely to go over. I was taking advantage of the time to wrap up loose ends that needed to be taken care of prior to our daughter’s arrival. At my prenatal appointment that morning I had Chelsea check to see if I was dilated or effaced at all and I was only a fingertip dilated and 30% effaced which was no progression from when I was checked the week before.  I had not had the most pleasant pregnancy, but had finally surrendered to the idea of going the full 42 weeks.

At 4 pm I picked up our 11-month-old puppy from the groomers and made our way back to the house. As I turned the key to come inside, I felt a gush of water rush out of me. I was in shock and slightly confused, but I knew that by the amount of liquid there was that my water had broken despite having no signs of labor. Thankfully, I knew that labor and birth wasn’t actually the way Hollywood makes it out to be (you know, the water breaks, immediate excruciating contractions, and 30 minutes later the baby is born after three pushes), so I didn’t freak out. Instead, I changed my clothes and called the Birth Center to let them know my water had broken. My husband was at work and would be until 5:30, and since there weren’t any other signs of labor I decided to drive myself to the Birth Center.

I met with Madi and Jess and based on the amount of fluid I was loosing they didn’t even need to check to confirm that my water had broken. On the drive in, I started noticing slight contractions that were different than the Braxton Hicks I had previously experienced, so they sent me home expecting for me to call sometime in the middle of the night. They also let me know that if I wasn’t in active labor within 24 hours that I would have to be non-emergency transferred to the hospital and most likely be induced. I spent that evening doing laundry and bouncing on an exercise ball watching Price is Right reruns online. I went to bed, expecting to be woken up by intensifying contractions, but when 8:30 am rolled around and nothing had changed, I called the Birth Center again and they had me come in to start some labor inducing tinctures to try to get things going.

At this point it was Wednesday, and I still hadn’t had any real signs of labor other than continuing to lose fluid and irregular Braxton Hicks. Despite taking the tinctures every 15 minutes, walking, stairs, bouncing on an exercise ball, and pumping I still wasn’t in active labor by 3 pm. At this point we started talking about the transfer, which of course I was nervous and disappointed about, but Madi and Jess did such a good job of encouraging me and supporting me and really made me feel as relaxed as possible about the decision.

Madi had already been in communication with the hospital about our situation, so when we got there around 4 pm it was a casual and low stress admittance. Both Madi and Jess had emphasized that they would be with me throughout the whole process even though I was now going to have a hospital birth. I met with the doctor and nurse who would be with us and they started me on a low dose of Pitocin.

Slowly but surely, contractions began to pick up, and somewhere between 7-9 pm active labor was in full swing. Other than the monitors and IV I was hooked up to, it really didn’t feel like I was at the hospital. Madi, Jess, and my husband were with me the whole time, and the hospital staff was very respectful of the relationships we had already established with each other and mostly left us alone as I labored with their support. I spent time laboring in the bathtub but after an hour or so I felt like I wanted to move around more. The next few hours were spent laboring moving around on the bed. I remember being really peeved at the position of my IV, so word to the wise, don’t let them put it in close to your wrist. Even though I was on Pitocin, I was still able to get a slight break between contractions. As transitioned neared, I remember being so thankful for how expertly Madi and Jess were able to apply counter pressure, and how patient my husband was with me while I squeezed the living daylights out of his hand.

I started to feel the urge to bear down and push, so the nurse checked to see how dilated I was. At this point I was only 8 centimeters dilated, so they encouraged me not to push but to continue to breathe through the contractions. Some point after this the doctor came in and saw that I wasn’t pushing yet, and instead of taking over the scene and barking orders, he respectfully said, “Ok, I will let you guys continue to do your thing and call me when it’s time!” I remember feeling really respected that he was so willing to give me space and time to work with my own body’s rhythms and that he trusted the midwives to professionally handle everything.

After midnight, the doctor came in to check to see how dilated I was, and thankfully I was finally at 10 centimeters so I was able to start pushing. Using a support bar in bed I was able to hold myself up with my arms because at this point my legs were exhausted. I pushed for 45 minutes, and at 1:35 am on Thursday February 23rd our daughter, Eleira Marie, was born weighing 8 pounds 11 ounces and was 20 and ½ inches long . Her name means snow in Welsh, and by the time she was born there was a fresh dusting of snow on the ground with more continuing to fall.

Even though labor and delivery wasn’t when or how I was expecting it, I feel so thankful for the experience I had. I had the full support of the Juneau Family Health and Birth Center, as well as full support from Bartlett Regional Hospital. It was the best of both worlds, really. 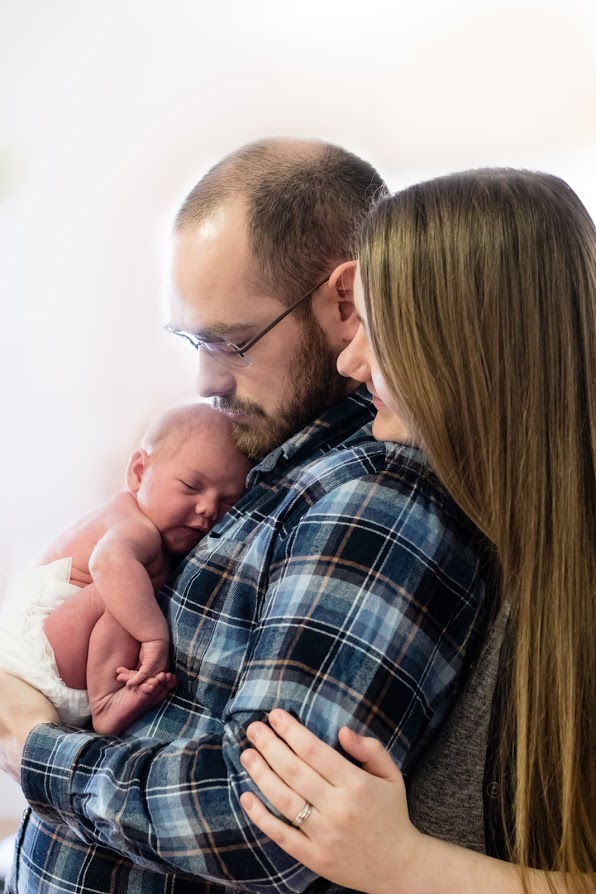